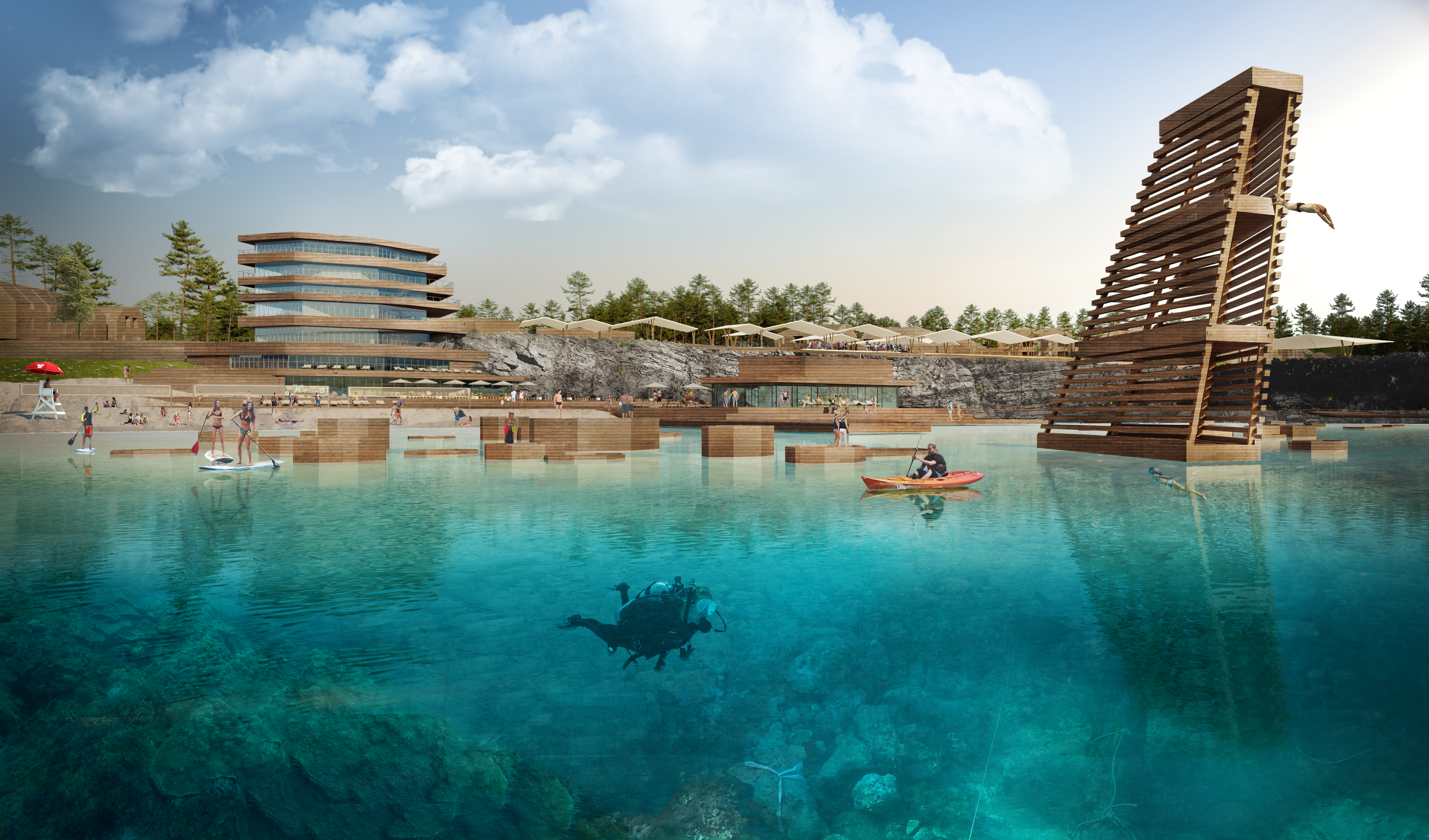 Kempele Municipality is building a new Zeniitti Tourist Resort in the vicinity of Oulu Airport and highway 4, which has 28 000 users every day. The area will become by the border between Oulu and Kempele and in the middle of the area will became a quarry lake that is being constructed at the moment.

Oulu region is a strong and growing economic area of 250 000 inhabitants. Oulu Airport is Finland's second busiest airport with over 1 million passengers/year. Oulu and Kempele has own railway stations and the relative population growth in Kempele is the fastest in Finland.

Tourism is growing in Finland and new tourism investments are coming to the surrounding area of Oulu Region.

In Kempele the tourism services are now mostly in Honkanen region at 6 minutes from Zeniitti, where is a Shopping Centre Zeppelin, event and leisure centre Zemppi, as well as recreational swimming hall Zimmari and Leo's Leikkimaa childrens adventure park. Another direction for tourism is Vihiluoto by the sea near the airport, where the beach and the abundant bird life create opportunities for tourism. Finlandia Hotel Airport Oulu is located in Vihiluoto with its Lappish hut as well as Vihiluodon Torppa restaurant.

The Master Plan for the Zeniitti area was completed in 2015 and the former Destia quarry in the middle of the area closed in 2017. The land was transferred to Kempele Municipality in June 2019 and preparations at the bottom of the quarry have begun 2019. The water will start to rise when the draining stops and the quarry will be replaced by a beautifully landscaped rock lake. The walls of the lake will be shaped and illuminated and fenced viewing paths will be constructed. There will be excellent conditions for beach volleyball and canoeing, as well as swimming for children as well as long distance swimmers. The size of the lake is circa 25 acres.

The area is zoned for tourism, and a reference scenario plan has been done 2019. The negotiations with companies has been started are currently going on. The reference scenario is sufficiently broad to allow for new ideas and operations. Building lots are planned for hotel, hostel, cottage and caravan accommodation as well as for businesses and shops serving tourism on the area next to the motorway. Space will be reserved for an adventure park, for a large adventure resort or spa, base for safaris, a waterfront sauna and summer theatre and for a big event arena near the motorway. A feasibility study for the hotel has been carried out, and according to it the recommended concept for the hotel is a 120-room midscale hotel. South of the lake an indoor game hall is already built by local sports clubs. In the winter, there will be opportunities for ice swimming and ice-skating on the lake.

The recreational trails in Kempele meet in Zeniitti, which means that activities are easily accessible, and the hotel can serve as a ski in - ski out and bike in - bike out hotel. The national snowmobile trails run in the area, and that makes it possible to develop snowmobile business activities.

Actors in the area are now being searched, you can still influence the planning of the land use, which means that you can get a site tailor-made for your company, and the infrastructure will serve your business. All players are moving into a completely new area and the area needs a variety of services in order to operate, so we have started doing letters of intent with the parties intending to establish a business in the area. At that point, the companies will know what other services there will be and how the area is developing already before investing. The contracts will be concluded in stages. First, there is an expression of interest, in the next stage there will be more commitment etc. so getting involved is as open and risk-free as possible.

Target development schedule for the area:
2019 the lake transferred for management of the Kempele municipality in June
2019 partial zoning plan approved in June
2019 reference plan ready in October
2019-2025 construction of the rock lake and its surroundings
2022 local detailed plan approved
2021-2030 Roads and municipal utilities built, and as the works are completed, the construction can begin on sites